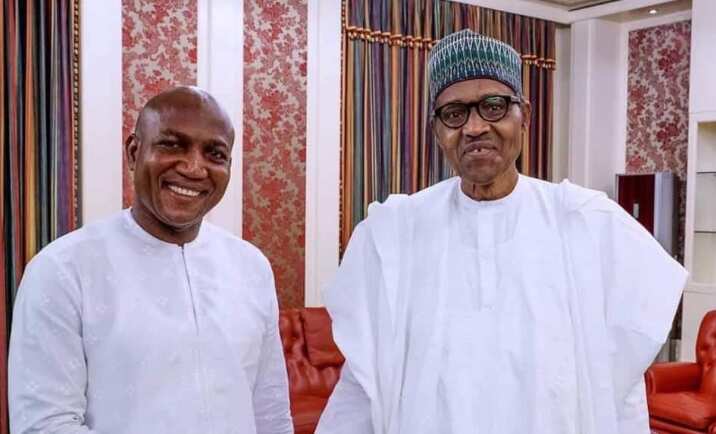 The Nigerian president in a message on Monday, November 18, through his media aide, Femi Adesina, described Lyon’s victory as impressive.

He commended APC and Nigerians for exercising their civic rights in a peaceful manner despite pockets of unrest recorded in some locations.

The president however condemned the loss of lives in Bayelsa, particularly prior to the election, the President commiserates with the families of the victims.

‘”Violence during elections vitiates our commitment to demonstrate to the world and upcoming generation that we are a people capable of electing leaders in a peaceful and orderly manner,” he noted.

Why INEC chairman should be appointed by the judiciary – Atiku

Phyno – Deal With It: a big plus to indigenous hip hop