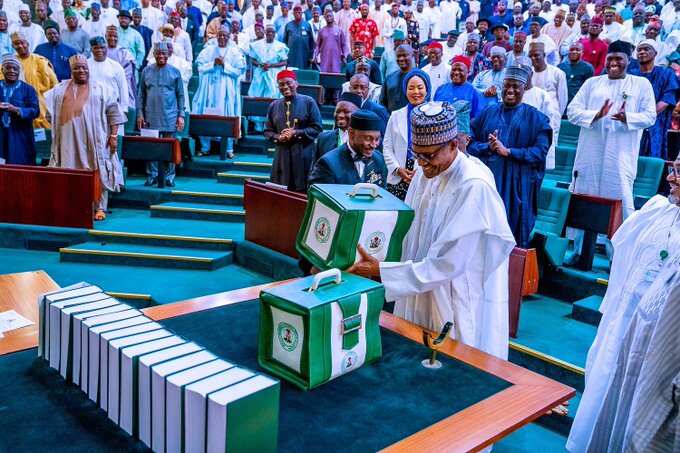 – The breakdown, among other things, shows the presidency wants to spend N66.6bn on rent in 2020

Weeks after President Muhammadu Buhari presented the 2020 budget proposal to the National Assembly, details of the budget are now being disclosed as the lawmakers work to ensure it is passed by December 2019.

According to Daily Sun newspaper, presidency earmarked N66,669,945 to be spent on rent in the 2020 budget proposal.

To purchase fuels and lubricants for the State House, the presidency budgeted N132,199,558 while it also planned to spend N67,950,392 to fuel official vehicles.

The breakdown of the 2020 budget proposal also shows that the office of the Chief of Staff would spend N4,517,445 on refreshment.

A total of N723,003,927 is budgeted for the State House Medical Centre while the federal government will also spend N208,350,424 to purchase drugs for the clinic.

The cost of international travels and transport for officials in the Aso Villa is put at N93,072,847.

Though the government said it is facing revenue generation challenges and has been coming up with policies to address it, which includes an increase in VAT, some Nigerians believed the government is still engaging in unnecessary spending which it has to cut down on.

Nigerians have since taken to social media to air their views on the budget proposal. Read some reactions below:

Recall that Legit.ng earlier reported that a breakdown of the 2020 budget indicated that Aso Rock will spend N45,678,552 on fueling the generating sets in the Presidential Villa.

Chefs in the Villa will in 2020 prepare food for the first family and their guests with cooking gas worth N18.5 million.

100 days after, what has President Buhari achieved? | Legit TV

All the amazing facts about David Castaneda

You will regret at end of your tenure, Kwankwaso replies Ganduje

Opinion: Jaha and his false compass on Boko Haram by Idoko Ainoko

July 16, 2019
0
Minimum wage: Labour dares governors, threatens shutdown over breach of agreement
Boxing legend raises concerns about being broke as he puts up Range Rover for sale at just £24,000 (N11m)