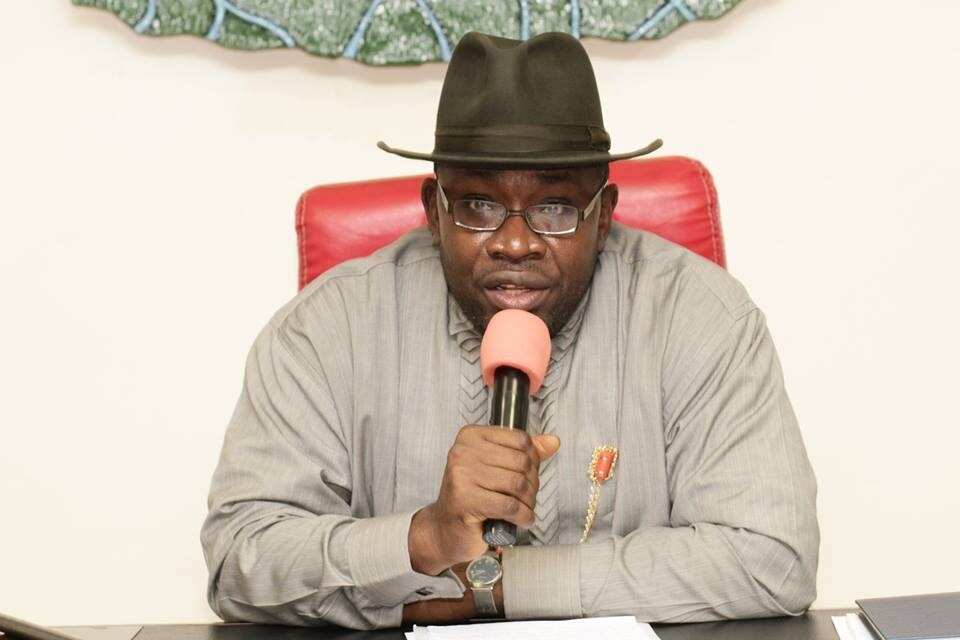 – 60 new special advisers have been appointed by the governor of Bayelsa state, Seriake Dickson

– The state government says the appointees were appointed deliberately, to enable it finish strong

60 new special advisers have been appointed by the governor of Bayelsa state, Seriake Dickson.

Legit.ng gathers that Soriwei said the appointees, who were drawn from the state’s eight local government areas, would help the government finish well.

He said: “His Excellency the governor of Bayelsa state, the Honourable Henry Seriake Dickson, has approved the appointment of 60 new special advisers as part of the deliberate efforts to enable the restoration government to finish strong in the avowed commitment to deliver effective governance to the good people of Bayelsa state.”

The statement went further: “The governor has directed the caucuses to nominate women for appointment as special advisers next week, in areas where they have not been considered for appointment.

“However, the government and the party deplore the ungrateful and unpatriotic attitude of a few appointees who have been sustained and recognised in the midst of far more qualified persons for over seven years but are falling prey to the antics of the All Progressives Congress which is inducing party members with money and fake promises.

“While the government wishes them well in their new endeavours, it is pertinent to note that for every appointee, the PDP has several other more qualified people who are ready and willing to be trusted with such privileged positions of responsibility.”

Since getting re-elected in 2016, Dickson, who is completing a second term, has had over 2000 appointees in his cabinet.

Dickson said that the PDP administration had invested the ‘political capital’ amounting to N6 billion annually to sustain its loyalists appointed to serve in his administration.

Mass burial for our leaders – on Legit TV: