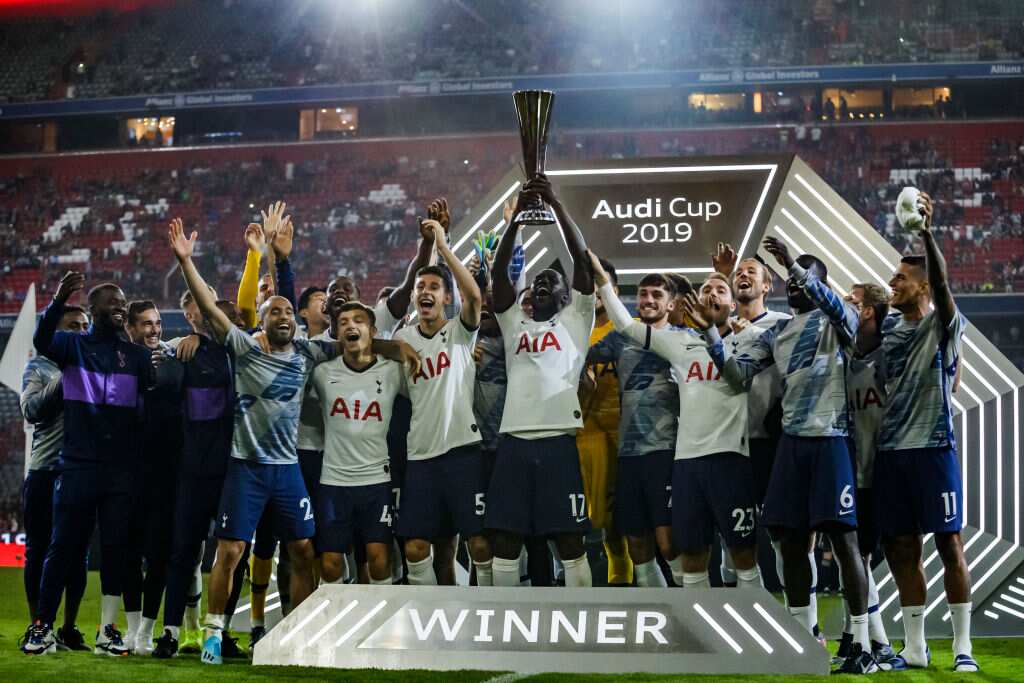 Harry Kane doubled the north Londoners’ lead in the 59th minute to put them at a comfortable position with just about 30 minutes to the end of the meeting.

Two minutes after Kane’s goal, Jann-Fiete Arp reduced the deficit for the hosts in the 61st minute, and nine minutes to final whistle, Alphonso Davies leveled up for the Bavarians.

And the goal helped them stretch the match into penalties before Bayern bowed to the English club on sudden death.

And Pochettine’s men ended their trip to Germany victorious after lifting the preseason title – their first title in about one decade.

Legit.ng earlier reported that Liverpool finally recorded their first win in pre-season after defeating Lyon 3-1 in their final warm up match before the Premier League begins.

Roberto Firmino and Mohamed Salah returned to the side, but that did not stop Lyon from taking the lead in the fourth minute.

Netherlands international, Memphis Depay converted a spot-kick after Alisson committed a blunder when he fouled Adama Traore in the box.

Touching love messages for your girlfriend – Express your feelings!

Flashback: Wilder blames his walk-in costume to Tyson Fury loss (But this is how Joshua reacted after Ruiz defeat)