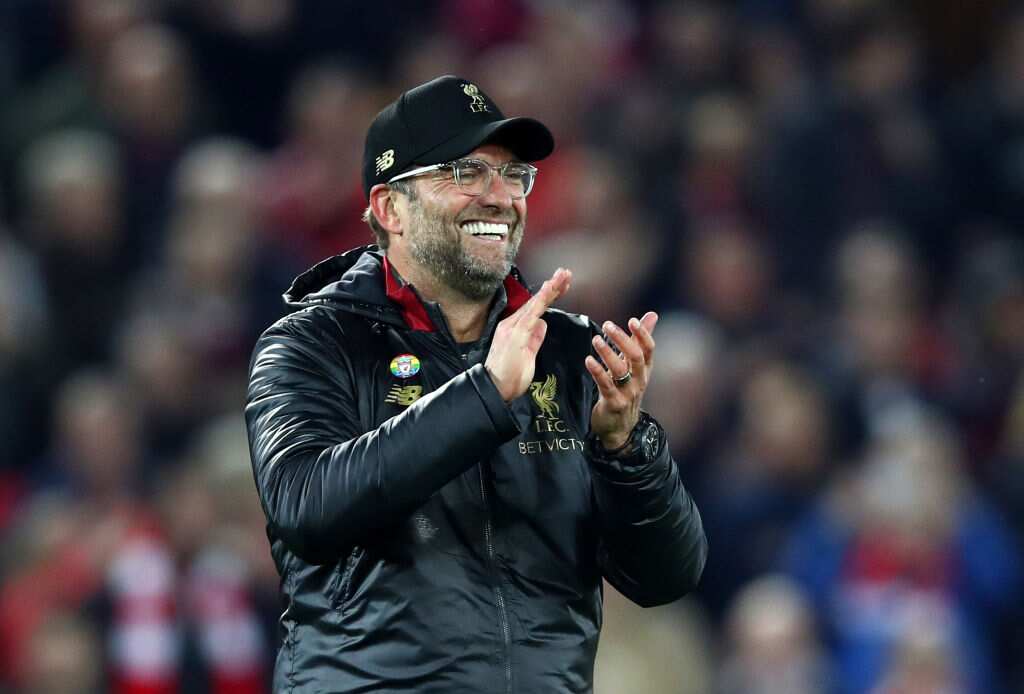 – Jurgen Klopp, Liverpool boss, has been listed for FIFA’s coach of the year award

Jurgen Klopp has been shortlisted for the prestigious FIFA’s coach of the year award.

Two other Premier League managers – Pep Guadiola and Mauricio Pochettino are also made the 10-man list for the prize to be handed out to the eventual winners at the Best FIFA Football Awards.

In a related development, Phil Neville, England’s Lionesses manager is in contention for the Women’s coach of the year after their decent showing at 2019 Women World Cup in France.

The Reds manager Klopp is seen as top favourite for the top prize after guiding Liverpool claim the Champions League silverware last campaign.

Others are Djamel Belmadi, Marcelo Gallardo, Ricardo Gareca and Erik ten Hag in the 10-man shortlist, with the eventual winners made public in September during the award ceremony in Milan.

Klopp claimed his first trophy as Liverpool manager with a 2-0 win over Pochettino’s Tottenham in Madrid last June.

Earlier, Legit.ng reported that Liverpool boss Jurgen Klopp has ruled out the possibility of the club to sign Philippe Coutinho this summer claiming his side won’t spend big.

Brazil international Philippe Coutinho left Liverpool in January 2018, and since he got to Barcelona, he has been struggling to find his rhythm.

His performances last season most especially in Barcelona’s Champions League defeat against Liverpool made Catalans fans livid and asked for him to be sold.

A comprehensive breakdown of the Oppo A11

Killing of Afenifere leader’s daughter: How have we gone this bad – Senate

Adeleke vs Oyetola: 7 things to know about Osun election dispute