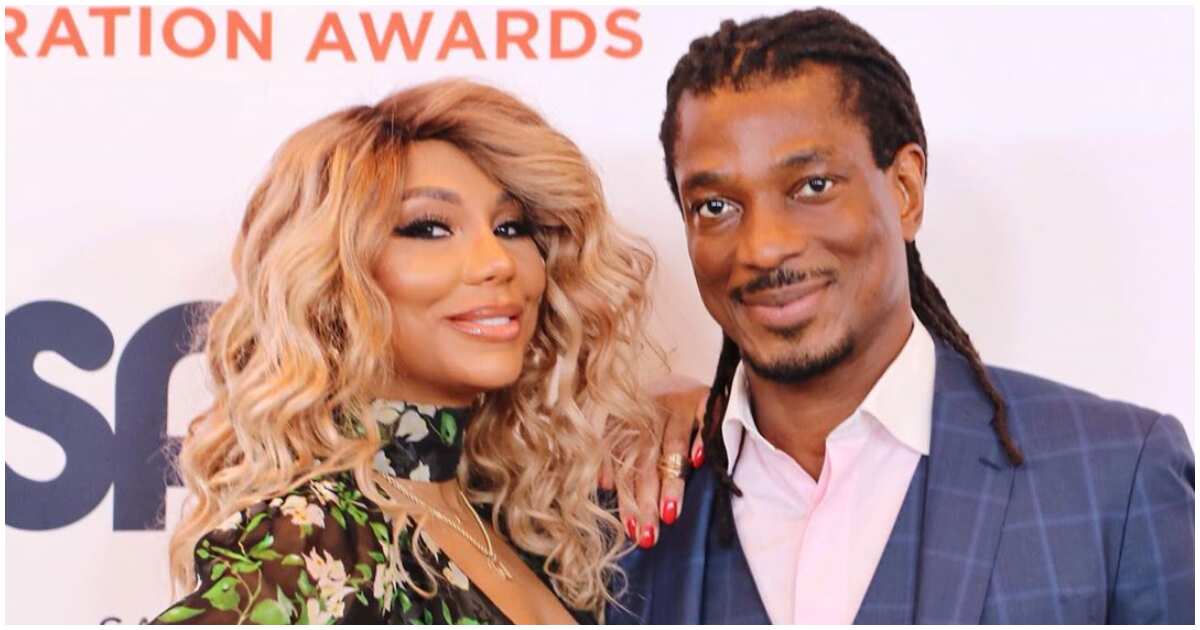 – The singer speaks about her Nigerian homecoming in an interview

– Tamar reveals she has done a song with Mr P, Teni and Simi

The younger sister to Toni Braxton was recently on Arise TV in Lagos, where she shared her experience in Nigeria. The songstress claimed that she was “having a blast” in the country. She also said she has not slept much.

Also while in the country, Tamar said she had met with Nigerian pop singers Peter Okoye (Mr P), in his house where she also met with Teni and Simi. She spoke about them making great music in Mr P’s studio.

PAY ATTENTION: Install our latest app for Android and read the best news about Nigeria

Tamar went on to share her excitement about her new TV show, how it will allow her show all sides of herself and how it is different from her family reality show Braxton Family Values (BFV) that has all her family members in it. She said it is a mixture of reality and fiction.

Legit.ng reported that Tamar Braxton is in Nigeria and on Saturday, July 27, she shared a photo of her visit with her boyfriend, David Oyefeso, and her sister, Towanda Braxton, and her partner, Sean.

The two couples visited Nike Art Gallery in Lagos owned by Nike Okundaye where they were given a royal welcome.

It was also reported that Tamar and her boo, David, were hosted by Oba of Ikate kingdom, Saheed Elegushi, in his Lagos office.

Jare Ijalana: The most beautiful girl in the world is from Nigeria | Legit TV

Disarray in insurgents camp as ISWAP kills its own leaders

Declare your assets too like Makinde – Suspended Ogun chairmen to Gov. Abiodun

Kogi deputy gov cries out over non-payment of allowances amounting to N819.7m in 2 years

JUST IN: Sanusi is on his way to Lagos – el-Rufai

Coronavirus: Man from Nigeria tests positive in the United States