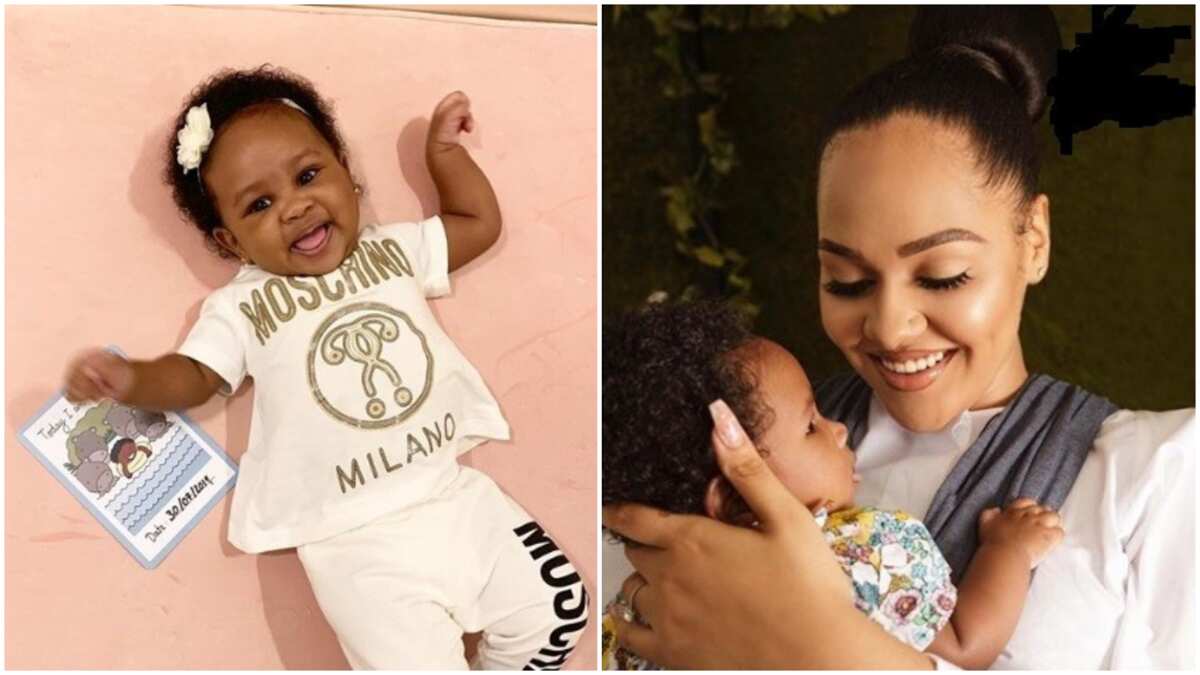 Life has been great for Tania Omotayo, who was once the major woman in the life of Nigerian super star, Wizkid. Tania who married her lover, a club owner known as Olasumbo, welcomed a child in March and is glad to watch her baby grow healthy and beautiful.

Just recently, the mother of one shared an adorable photo of her baby and celebrated the fact that she is now a cute 4-month-old. Time has surely gone by fast and baby Sarai is growing really fast.

Surprising to most, Tania, has moved on to become a successful business woman, a beautiful wife and a loving mother. Her life has remained private and she only shows the world what she needs to get out there.

READ ALSO: Intelligent 16-year-old boy from Rivers scores A1 in all his WAEC subjects

The ivory beauty also once made the list of Forbes 30 under 30 CEOs and has celebrated her feat and achievement in many ways.

Meanwhile, Tania once assured all who cared to know that there is no trouble in her paradise. The mother of one made the comment after it was alleged that her marriage to club owner, Olasunmbo was suffering after an ex-girlfriend of her husband was lashing out.

Actress Nkechi Blessing cries out for help as ‘area boys’ threaten to harm her on movie set, shares assault video

Another lawmaker allegedly beats woman, strips her naked in public