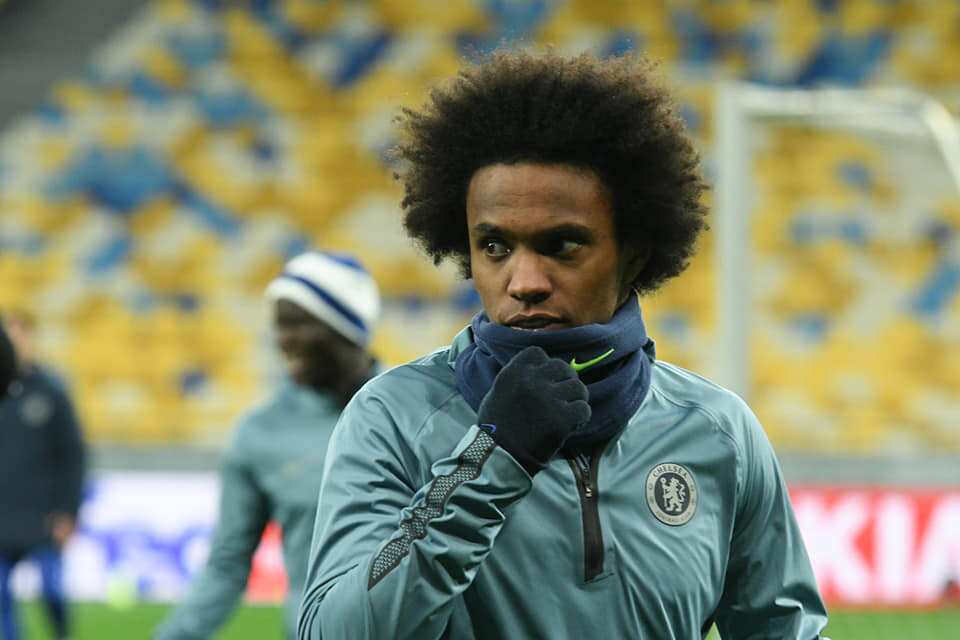 Brazil international Willian has confirmed that he has been offered to wear the famous number 10 jersey at Chelsea which was last used by Eden Hazard before he joined Real Madrid.

Eden Hazard wore the number 10 jersey at Chelsea for five years after picking it from Juan Mata and concerns have been raised on who will take the shirt.

Christian Pulisic and Callum Hudson-Odoi have both been tipped to wear the number 10 jersey at Chelsea before Willian made the latest confirmation.

Willian was Brazil’s No.10 at this summer’s Copa América and he also wore the number at both Shakhtar Donetsk and Anzhi Makhachkala before coming to Chelsea.

His No.22 could then conceivably go to Pulisic which was his number at Borussia Dortmund as Chelsea are preparing for the coming Premier League season.

Meanwhile, Willian is still in his country resting after helping Brazil to win the 2019 Copa America beating Peru in the final.

Earlier, Legit.ng had reported how Brazilian football star Willian rubbished reports linking him with a move away from Chelsea as he claims that he is not interested in leaving the Stamford Bridge landlords.

Reigning Spanish champions Barcelona are said to be interested in signing the 30-year-old midfielder in the ongoing January transfer window.

But after scoring the winning goal that helped Chelsea to beat Newcastle United on Saturday, January 12, Willian committed his future to the Premier League giants.

NAIJ.com (naija.ng) -> Legit.ng We have updated to serve you better

Opinion: Jaha and his false compass on Boko Haram by Idoko Ainoko