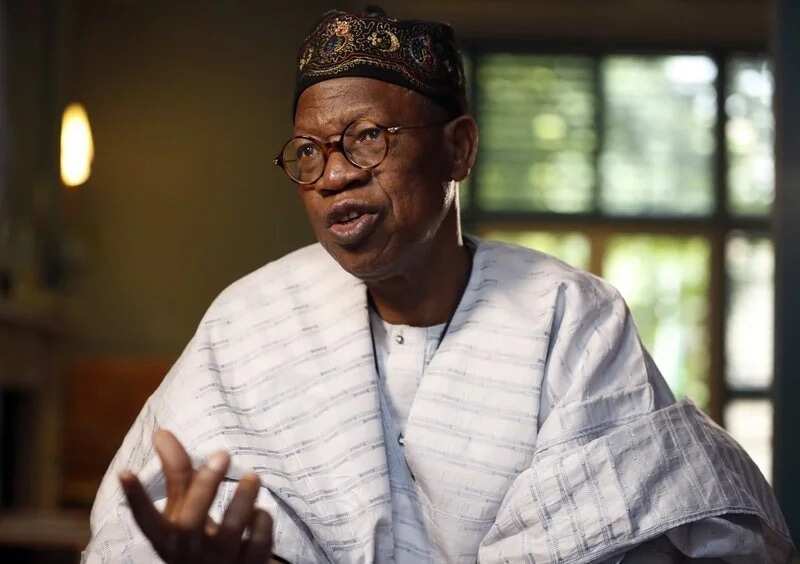 Editor’s note: Public affairs commentator, Umar Lukman, writes on the controversial trending issue of the Digital Switch Over (DSO) which is the one of the major cases currently prosecuted by the Independent Corrupt Practices Commission (ICPC) and it involves the immediate past minister of information and culture, Alhaji Lai Mohammed.

Now that he has stepped aside as minister of information, Nigerians expect Lai Mohammed to come out and give full disclosure on his role in the on-going Digital Switch Over (DSO) saga involving the payment of 2.5 billion naira payment to Pinnacle Communications, a signal communications company for installing digital signal services in Kaduna, Abuja and Jos. As information minister Lai Mohammed had authorised the payment following recommendation by the director-general of the Nigeria Broadcasting Corporation (NBC) Modibbo Ishaq Kawu.

When the Independent Corrupt Practices Commission (ICPC) suspected foul play and launched an investigation into the matter, Lai Mohammed as supervising minister of the NBC incredulously claimed that he was “influenced” to sign the approval for payment in an apparent move to exonerate himself from the matter. When the ICPC investigators sought to interview him, he stated that he could only comply with the request upon approval by the secretary to the government of the federation.

Nigerians were united in their disbelief of both the explanation Lai Mohammed gave on his approval for the payment and the reason for not honouring the request by the ICPC to give a full account of what he knew about the matter.

READ ALSO: John Enoh blasts CNPP over report of rift between him and Usani Usani

Lai Mohammed’s failure to clarify his involvement which should have brought a definitive perspective to the case instead gave room for innuendoes and false accusations and misdirection of investigations by the ICPC which is handling the matter.

For instance, the ICPC instead of going after Lai Mohammed as the supervising minister who gave approval for payment chose to go after Kawu of the NBC whose role in the whole issue was merely to recommend to the minister for payment. At the level of the minister, he still could call for due diligence on the recommendation by the DG before approval. It was the minister’s vicarious responsibility to ensure the recommendation by the DG met all the necessary checks and once he signed off for approval he effectively owned the action. But Lai Mohammed as minister sought to deflect that responsibility by claiming lamely that he was influenced by the DG. Because he was not tasked by the ICPC to explain what he meant by that, the DSO became mired in needless confusion as to who between the minister and the DG should be held accountable.

Caught in this confusion of roles and responsibilities between the minister and the DG in the DSO saga unfortunately is Pinnacle Communications. The company had won the bid for the tender to install digital equipment for the digital switchover after paying 600 million naira bidding fee. It had duly installed this in Kaduna, Abuja and Jos. Vice President Professor Yemi Osinbajo had commissioned the Abuja project after completion. It was due payment for this services rendered by Pinnacle that ICPC is investigating.

But the ICPCs investigation into the matter does not appear to be as professionally convincing as expected of an investigating body. First of all its press statement confused the Nigeria Broadcasting Corporation with the National Broadcasting Commission both of whom have different roles to play in the broadcasting industry. The former is an operator while the former is the regulatory body. And the ICPC which claimed it was acting on a petition addressed to it on supply of substandard equipment and poor digital services admitted subsequently that another company not Pinnacle was the culprit.

The issue then shifted to the provision of the white paper on the terms and conditions of the DSO. In it, it was stated that only government owned companies should be paid from the seed money set aside for the project. But the same white paper also stated that the NBC could use its discretion on who to recommend for payment for jobs done. Apparently the NBC having satisfied itself that Pinnacle has done its job diligently and having complied with the terms of the contract recommended for payment.

From the facts available on the case, Pinnacle Communications is just a victim of bureaucratic turf fighting between the ICPC, the ministry of information headed by Lai Mohammed, and the NBC. It is all too often the story of contracts and projects in Nigeria. Here is a company that submitted itself to all the relevant checks and complied with all conditions and terms of the contract which it bided and won in a transparent process being subject to this type of gerrymandering. Furthermore, its work has been certified done by the presidency and was commissioned by no other personality than Vice President Osinbanjo.

It is hoped that with the strictures on his status now removed, Lai Mohammed will avail the public of all that he knows about this issue. The public wants full disclosure and not another round of evasive and obfuscating disclosures. As the man at the centre of the whole saga, Lai Mohammed’s testimony will provide the final piece in this unfortunate jig saw. It should give a definitive answer and clear the fog that has unnecessarily beclouded what should be a clear issue.

Disclaimer: The views and opinions expressed here are those of the author and do not necessarily reflect the official policy or position of Legit.ng.

Your own opinion articles are welcome at info@corp.legit.ng— drop an email telling us what you want to write about and why. More details in Legit.ng’s step-by-step guide for guest contributors.

We’re ready to trade your news for our money: submit news and photo reports from your area using our Citizen Journalism App.

Contact us if you have any feedback, suggestions, complaints or compliments. We are also available on Twitter.

Stay with Legit and keep track of the latest news in Nigeria!

Frustrated Nigerian man says ‘nobody cares about you’ | Legit TV

July 3, 2019
0
Alcohol bottle spotted as Davido bows down for prayers with crew members before performance (photos)
Young man who was born with HIV narrates how he found out, says ‘my mother died without telling me’