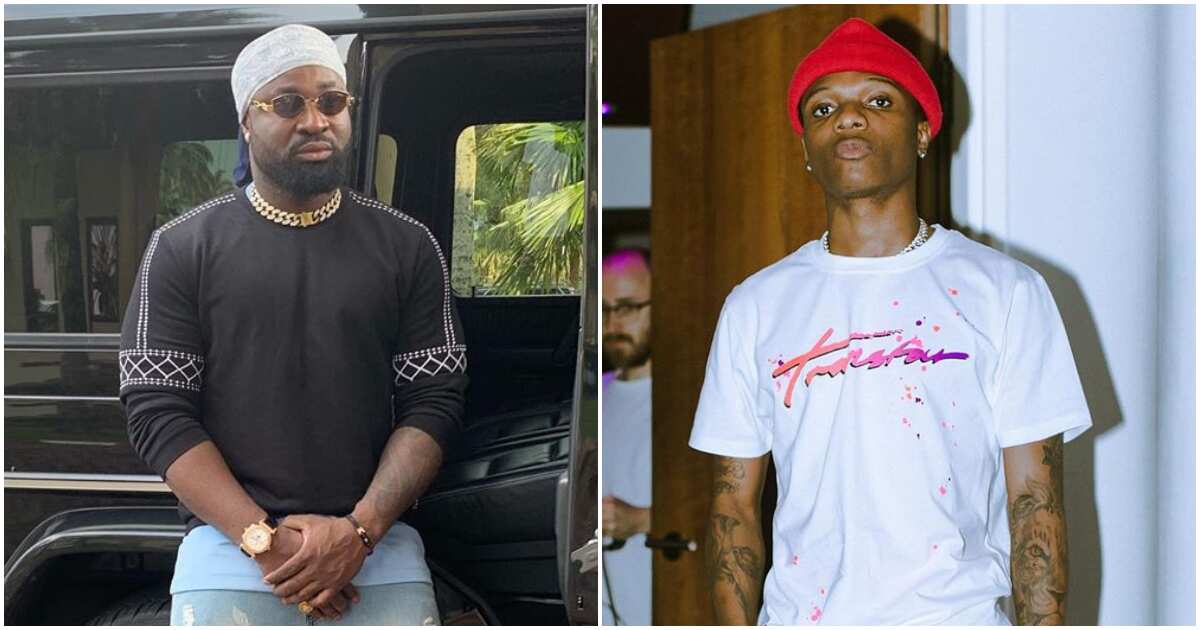 Popular singer Harrysong has taken to social media in support of superstar singer Wizkid, following a recent video that surfaced online, in which a round-table of UK-based DJs heavily criticized Star Boy and expressed that without Drake, nobody would know him.

Recall that that Legit.ng gathered that one of the DJs present at the podcast categorically denounced Wizkid as the face of afrobeats and submitted that not a lot of people know him.

Reacting to the video, Harrysong shared a post on Instagram in which he clapped hard at the foreign DJs and expressed that Nigerian celebrities do not need any form of external validation.

READ ALSO: Superstar Wizkid reveals music is his only religion

“Davido ,burna boy, 2face idibia, and many more don’t need Sean Paul or drake to be known as star as they are.” he said.

The singer also expressed that foreigners should learn to respect the sound and culture of African musicians.

He concluded by casually requesting his followers to commence a search for the social media handle of the DJ that heavily criticized Wizkid.

In a related story about the singer, Legit.ng previously gathered that the Warri-born musician paid a visit to his former abode after 11 years of relocation. In a photo post shared on his page, Harrysong disclosed that he rendered the little assistance he could offer to some of his neighbors that still reside in the building.

NAIJ.com (naija.ng) -> Legit.ng We have upgraded to serve you better

N30k allowance: We will communicate to corps members – NYSC DG

Just in: Excited Buhari sends special message to Wole Soyinka as he clocks 85

Top news: find out who the richest man in LA, California is